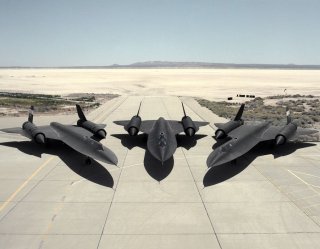 Here's What You Need to Remember: In the early 1980s, the Soviets started using a new interceptor jet fighter, called the MiG-31.

The SR-71, best known as the Blackbird, is one of the most legendary U.S. military planes. It flew faster than any other plane, including over the Soviet Union on espionage and reconnaissance missions. The Blackbird was never shot down at any point in its more than thirty-year life, even though more than 4,000 missiles were fired at it over the years. There were some close calls, however.