A Speedy Submarine Comes at a Cost: They are Terribly Noisy 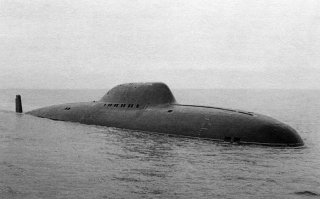 Key point: The Alfa represented a design paradigm for “small but fast” attack submarines that would ultimately fall out of favor compared to “big but stealthy” designs; though isolated media reports have revealed some interest in future Alfa-like boats. Yet stealth, not speed, reigns as king in modern submarine warfare tactics.