SR-71 Spy Plane: How the Fastest Plane on Earth Had One Fatal Flaw 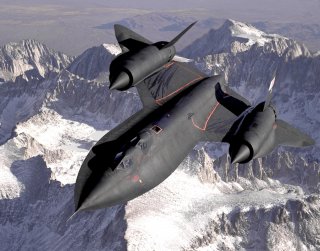 Here's What You Need To Remember: While the SR-71 Blackbird flew faster and higher than any other plane, it couldn't have done it without its daring pilots, a very special fuel, and a highly trained team that ensured everything was ready to go.

Nicknamed the "Blackbird" for its black paint job that was designed to dissipate heat, the SR-71's sleek lines almost seem "futuristic" today despite the fact that the aircraft was flying missions before man first set foot on the moon. Yet despite being state-of-the-art, this aircraft wasn't without problems – and its fuel was a big one!

The SR-71 was – and still is – the fastest plane on the planet. It was developed in secret in the late 1950s to cruise near the edge of space and out fly any missile that was launched at it. The Blackbird, which first took flight in 1964, could enter hostile airspace, take pictures like a tourist on vacation and be on its way before an enemy had a chance to even take a shot at it.

No Blackbird was ever shot down by enemy fire. Sadly, however, 12 out of the 32 aircraft were lost to accidents.

It also wasn't an easy plane to operate. Unlike combat aircraft, which could be "scrambled" and in the air within minutes, the SR-71 – "Strategic Reconnaissance" – was more like a space launch of the era. To get the Blackbird into the sky took hours of preparation and a large team to ensure everything was in order.

Then there was the fuel.

The SR-71 didn't use standard aviation fuel, but a special military specification fuel called MIL-T 38219, or Jet Propellant 7. Shell Oil was called upon to invent a compound blend to meet the military's requirements, and the result was three times as expensive as the type of fuel used by airliners of the era.

The titanium fuselage panels were also loosely fitted to the aircraft's frame to allow for heat expansion, while the fuel system was also not sealed because there were no seals that were flexible and durable enough to deal with the kind of temperatures and shrinking-expansion cycles. As a result, the plane would leak fuel while on the runway, but it would stop leaking once the aircraft came up to temperature!

This was so much of a problem that the SR-71 had to be refueled right after takeoff, and it wasn't just because of the leaks. JP-7 reaches temperatures over 300 degrees F. during Mach 3 cruise, which made the fumes in each of the six fuel tanks very volatile and potentially explosive. Taking off with less fuel was safer.

Yet, even fully fueled up the plane had just a 2,000 nautical mile range. Each flight required multiple air refuelings from KC-135Q tankers – which were specially modified to handle the very specific fuel. In addition, the crews on the Q-model tankers were the only ones certified in Blackbird's specific radio-silent rendezvous procedures.

When the SR-71 landed somewhere that the JP-7 fuel wasn't available, the Q-model tankers had to accompany the Blackbird. Fueling was handled via the transfer hoses on the ground. An advantage for the Q-model crews was that they didn't have to remain on 24-hour alert status like the rest of Strategic Air Command's (SAC's) tanker crews.

While the SR-71 Blackbird flew faster and higher than any other plane, it couldn't have done it without its daring pilots, a very special fuel, and a highly trained team that ensured everything was ready to go.

This article originally appeared in April of 2020 and is being republished due to reader interest.