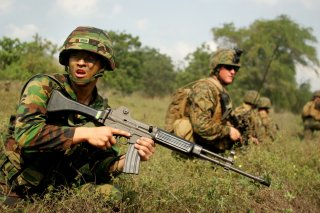 Here's What You Need to Remember: Although somewhat dated, the weapon is fundamentally sound and there is still plenty of room for growth in the K2 platform. Given Seoul’s industrial capacity—and export-oriented outlook—it’s not likely to adopt a foreign weapon any time soon.

Kyle Mizokami is a writer based in San Francisco who has appeared in The Diplomat, Foreign Policy, War is Boring and The Daily Beast. In 2009 he co-founded the defense and security blog Japan Security Watch. This article first appeared several years ago.