Stimulus Checks for Illegal Immigrants? One State Is Doing It. 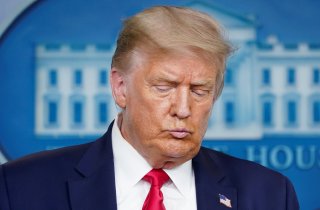 Here's What You Need to Remember: The Sacramento Bee reported this week that those California benefits are only available to those with an Individual Taxpayer Identification Number (ITIN) from the IRS. But the IRS has been delayed in responding to many taxpayers seeking those numbers.

Stimulus checks for undocumented immigrants are the kind of policy that would likely cause a massive outcry, in most states besides California. But California has offered just that.

However, an IRS backlog has led to delays in such payments, according to a new report.

According to CalMatters, the legislation included “an extra $600 for undocumented taxpayers earning less than $75,000 who were ineligible for previous federal stimulus payments and other assistance for low-income residents.” In addition, California has made the California Earned Income Tax Credit and the Young Child Tax Credit available to undocumented Californians.

However, some recipients of such Golden State Stimulus payments have had trouble receiving their money, due to an issue with the IRS.

The Sacramento Bee reported this week that those California benefits are only available to those with an Individual Taxpayer Identification Number (ITIN) from the IRS. But the IRS has been delayed in responding to many taxpayers seeking those numbers. The newspaper said that about 600,000 undocumented people in California are ITIN filers, which is about one-third of the undocumented immigrants living in the state.

One attorney also pointed out that ITIN documents cannot be filed electronically, and must be approved either in the mail or by an IRS-Certified Acceptance Agent. The IRS, which has said that it is understaffed, has been busier than usual this year, between the delayed tax season and the upcoming rollout of the expanded child tax credit, which begins in July.

“I believe that currently for a lot of Californians without status, the Golden State Stimulus is purely theoretical,” Dana Hadl, a directing attorney for Bet Tzedek’s Employment Rights Project in Los Angeles, told the Bee. “I think that it was really well-intentioned, but the foundation was not built to enable the majority of Californians without status to access this relief."

There are a couple of fixes under consideration, including making it easier for immigrants to obtain such a number and also not requiring such a number to get the aid, which is the case in some other states.

“From an equity perspective, there is still a huge, huge gap to fill,” Sasha Feldstein, economic justice policy manager at the California Immigrant Policy Center, told the newspaper. “So many working Californians continue to be excluded because they either do not have an ITIN or (are) unable to get an ITIN in order to receive that credit.”