The Strange Story of the Army's Light WWII Tank 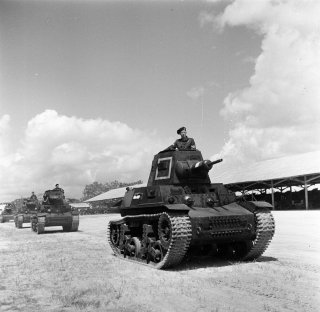 Here's What You Need To Remember: The tank was promptly rejected by the Marine Corps. It served briefly in the Army, helping to drive the Japanese off of the Aleutian islands they had occupied, before fading back into obscurity.

Caleb Larson is a Defense Writer with The National Interest. He holds a Master of Public Policy and covers U.S. and Russian security, European defense issues, and German politics and culture. This article first appeared in June 2020.