Study This Submarine: Could It Sink a U.S. Navy Aircraft Carrier? 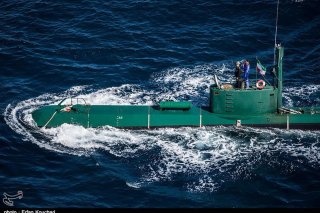 Key Point: The Ghadir-class submarine could be a real threat to ships under the right circumstances.

Image: The Iranian Navy wrapped up a week-long naval war game in the country’s southeastern waters on Sunday with parades in the presence of highest-ranking military commanders. February 1, 2016. Tasnim News Agency/Erfan Kouchari. All content by Tasnim News Agency is licensed under a Creative Commons Attribution 4.0 International License.