Submarine Resupply is Taking to the Sky 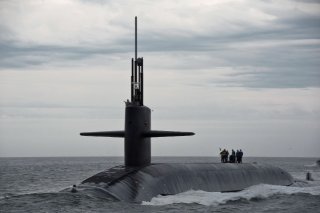 Here's What You Need to Remember: To be sure, the small quadcopter with its presumably limited range and its even smaller payload doesn’t exactly herald an immediate revolution in U.S. Naval resupply techniques—it was after a small-scale experiment. But, it does show how military logistics is changing.

Alternative resupply methods are not just a topic of interest for the U.S. Navy either. The Navy’s sister service, the Marine Corps is also exploring alternative resupply techniques. One proposed method takes a page from narcotraffickers and the semi-submersibles they sometimes use to move illicit drugs across the ocean to the United States or Europe. By building a number of cheap, automatically piloted semi-submersibles, the Marine Corps could in theory also keep groups of Marines on far-flung Pacific islands fed, watered, and resupplied.