Surprise: Serbian Forces Once Shot Down an American Stealth Fighter 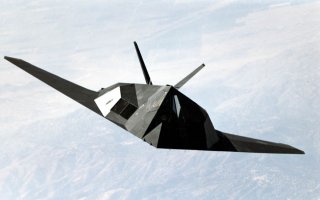 Here's What You Need to Remember: The shoot-down was no secret. F-117 pilot Lt. Col. Dale Zelko ejected from his damaged jet and spent a day hiding from Serbian patrols before an Air Force HH-60G rescue helicopter flew in to retrieve him.