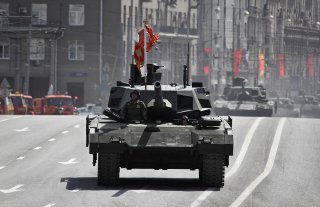 Here's What You Need To Remember: The T-14 Armata is a behemoth - but Russia, already cash-strapped before the pandemic, might not be able to afford to pump them out in great numbers.

Peter Suciu is a Michigan-based freelance writer who has contributed to more than four dozen magazines, newspapers, and website. He is the author of several books on military headgear, including A Gallery of Military Headdress, which is available on Amazon.com. This article first appeared earlier this year.