Taiwan Is Building More Minelayers to Hold China Back 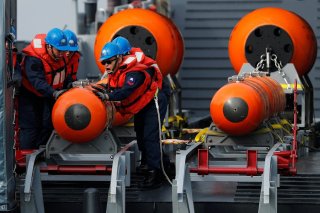 Here's What You Need to Remember: Losing a large number of amphibious ships and landing craft to submarines, missiles and sea mines could compel China to call off an invasion, or at least delay the invasion long enough for U.S. forces to intervene.

This article first appeared in 2020 and is being republished due to reader interest.