Taiwan is Making a Major Investment in Mines to Deter China 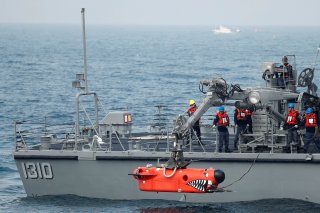 Here's What You Need to Remember: Taiwan’s loading up on new minelaying vessels. And it’s not hard to see why. With no realistic prospect of matching the Chinese navy warship for warship, the Taiwanese fleet is hoping that underwater minefields might help to sink an invasion fleet.

David Axe was defense editor of The National Interest. He is the author of the graphic novels War Fix, War Is Boring and Machete Squad. This article is being republished due to reader interest.