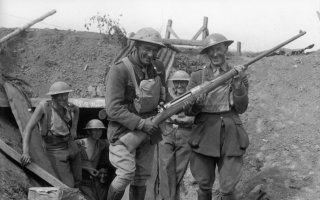 Here's What You Need to Know: Shooting this rifle was likely very painful.