Thanks to North Korea, Iran Can Launch Satellites Now 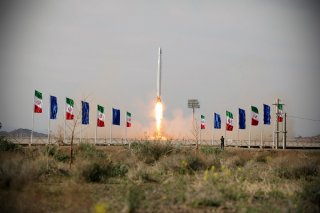 Here's What You Need To Remember: Iran and North Korea are partners of convenience - since both are enemies of the United States, they cooperate with one another, and their collaboration has proved surprisingly fruitful at times.

The DPRK supplied missile components to Iran—for a rocket that Tehran claims is peaceful.

Caleb Larson holds a Master of Public Policy degree from the Willy Brandt School of Public Policy. He lives in Berlin and writes on U.S. and Russian foreign and defense policy, German politics, and culture. This article first appeared several months ago.