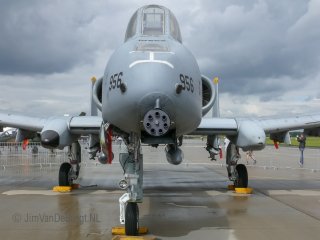 Here's What You Need To Remember: The GAU-8 cannon itself weighs 620 pounds, while entire the A/A49E-6 Gun System weighs 4,029 pounds, totaling approximately 16 percent of the A-10’s overall weight. The GAU-8 has seven barrels and was, upon its introduction, capable of firing up to 4,200 rounds per minute, but the Air Force downgraded it to a still-impressive 3,900 rounds per minute.