There Were Some Silver Linings to Russia's Su-47 Fighter 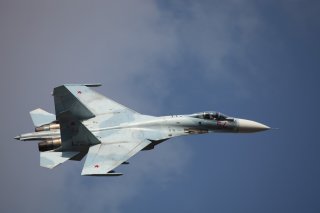 Here's What You Need To Remember: The Sukhoi Su-47s most notable or often-discussed attribute is its swept forward wing, a design configuration credited for helping to bring improved attack angles and flight path adjustments while maintaining maneuverability.

This article first appeared in October 2020 and is being reprinted for reader interest.