These Five Rifles Will Survive Even Apocalyptic Scenarios 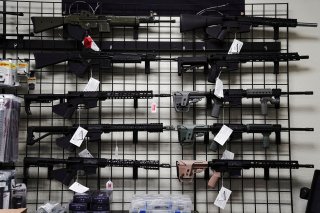 Here's What You Need to Remember: We judge these rifles and rank them the best when considering weight, accuracy, and durability.

The Henry AR-7 is the definitive survival weapon. Originally designed for Air Force pilots to use in the event they were shot down, the rifle had to be compact, good for hunting and self-defense against hostile forces. The modern-day version of that original design is the Henry AR-7. Chambered for .22 LR, the AR-7 comes with two box magazines holding 8 rounds. Only weighing 3.5 pounds, the AR-7 is as barebones a rifle you can get. Without a handguard, the weapon will heat up when fired - it’s definitely not meant for high-volume shooting. When broken down, the barrel, receiver, and ammo all fit inside the watertight stock, which, incredibly, floats. Perfect for small game, the AR-7 can be assembled and disassembled within one minute. This lightweight and accurate rifle is a fantastic weapon for survival situations.