Thousands Dead: The Falklands War was Almost a Bloodbath 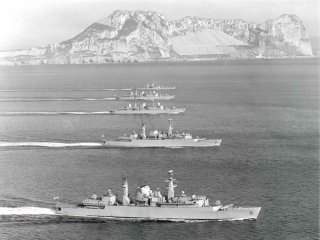 Here's What You Need to Remember: Thus, we can thank a day of unusually mild weather on May 1, 1982 for leaving us with many more living Argentinian and British sailors and aviators today than might otherwise have been the case.