Two Stealth Bombers? China’s JH-XX Is Not What You Expect 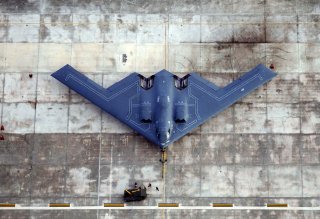 Here's What You Need to Remember:  The H-20 is on the verge of being formally announced and is planned to enter service in the PLAAF by the mid-2020s. Meanwhile, the JH-XX may not even be in active development; the fighter shown in “Aerospace Knowledge” may turn out to be nothing more than an early concept.

The Chinese People’s Liberation Army Air Force (PLAAF) is developing not one, but two stealth bombers, according to a Defense Intelligence Agency report published earlier in 2019. A steady stream of details has emerged concerning one of them-- the H-20 is a long-distance flying wing stealth bomber, with a robust electronic countermeasures (ECM) package and sensor fusion integration. Nevertheless, Chinese defense sources remain tight-lipped concerning the PLAAF’s second project.

This first appeared earlier in 2019 and is being republished due to reader interest.