This Ugly Stealth Fighter Almost Made it to the U.S. Air Force 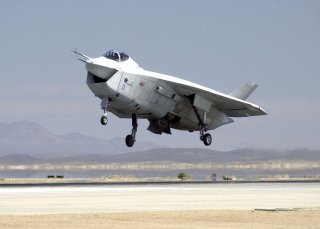 Here's What You Need to Remember: The F-23 included some characteristics that may eventually find themselves in a sixth generation fighter, or perhaps in the Air Force’s “deep interceptor” intended to support B-21 Raiders on the way to their targets. For example, the V-tail aspect has been mentioned in some of the early conceptualization for a next generation fighter. And Boeing will undoubtedly hearken back to its experience with the F-23 when thinking about its next fighter.