Underwater Rifles Are A Real Thing (And So Are Supercavitating Bullets) 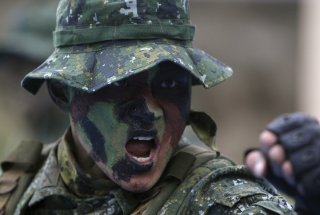 Here's What You Need To Remember: In addition to use by frogmen, MEA in 12.7mm caliber could prove lethal on UUVs equipped with 12.7 machine guns. The significant penetrative power of the 12.7 MEA ammo means UUVs could possibly damage hull sonars, or even helicopters hovering above the surface by shooting them with supercavitating ammo. The oft-quoted figure is that with MEA ammunition, a UUV five meters under the surface can hit a target one km in the air.

Charlie Gao studied political and computer science at Grinnell College and is a frequent commentator on defense and national-security issues. This article appeared last year.