The U.S. Air Force is an Economic Nightmare 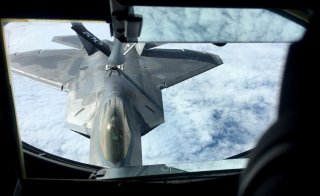 Here's What You Need To Remember: Everyone admits the process by which aircraft are procured is shamelessly political and disastrous for national security. But identifying a problem and fixing it are two different things.

Dr. Robert Farley, a frequent contributor to TNI, teaches at the Patterson School of Diplomacy and International Commerce at the University of Kentucky. He is the author of the Battleship Book and can be found at @drfarls. This article first appeared in 2019.