The U.S. Air Force Has a Real Problem With Its High Tech Arial Tankers 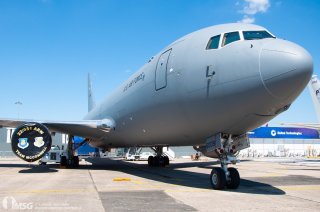 Here's What You Need to Know: If you buy more bombers, you must also buy more tankers to support the bombers. But the current trend is toward fewer tankers, not more.