Is the U.S. Air Force Purposely Shrinking its Fleet? 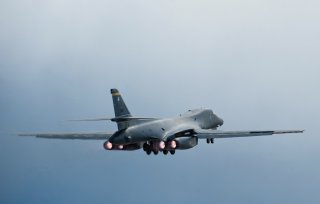 Here's What You Need to Remember: “We’ve all heard the rumors” about the B-1, Gunzinger said. If Gunzinger and Rehberg are correct in their assessment, cutting the B-1 fleet indeed will save money. But that money won’t ever result in the bomer force growing back to its current strength of around 160 airframes. To say nothing of expanding beyond that level.