The U.S. Army May soon See Iron Man on the Battlefield 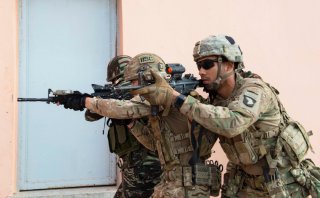