The U.S. Navy Has No Clue What It Wants In Its Next Warplane 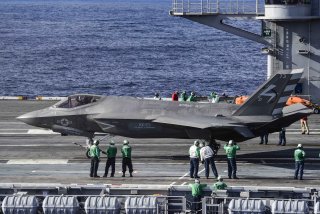 Here's What You Need to Remember: The Navy isn’t alone in needing a new warplane but being unclear as to what that actually means.

David Axe was Defense Editor of the National Interest. He is the author of the graphic novels War Fix, War Is Boring and Machete Squad. This first appeared earlier and is being reposted due to reader interest.