The U.S. Navy's Virginia Class Submarines: The Best Subs Ever? 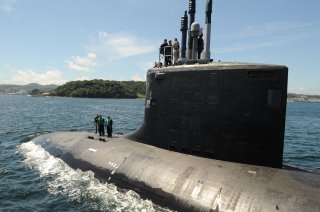 The lead submarine of the class, USS Virginia (SSN-774) – the tenth vessel of the Navy to be named for the Commonwealth of Virginia – was laid down in September 1999, launched in August 2003 and commissioned in October 2004. The submarine completed her first deployment in support of the Global War on Terrorism in November 2005.