Vaccine Passports for Air Travel? One Expert Supports the Idea 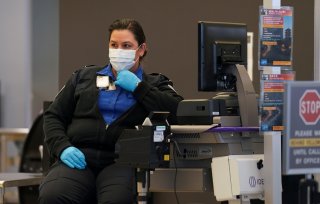 Here's What You Need to Remember: The former Assistant Secretary for Homeland Security during the Obama Administration and now a Harvard professor, proposed that proof of vaccination be required for getting on a domestic flight in the United States

Shortly after the arrival of coronavirus vaccines, American institutions appeared to resist the notion of requiring vaccination in order to enter certain places or do certain things. Some states and localities went ahead and banned vaccine passports, although there was little indication at the time that such requirements were even under consideration. I’ve been fully vaccinated since early February, and I have never once been asked to show proof of vaccination anywhere.

In recent weeks, with a great deal of vaccine resistance remaining and the Delta variant of the virus spreading, many places are reconsidering that initial reluctance. New York City recently announced that proof of vaccination will be required for many indoor businesses, including gyms and restaurants, while other city governments have considered similar requirements.

Now, there’s an argument that vaccination should be required for another act: Getting on an airplane. There are already restrictions in place for international flights, but one new magazine piece suggests the same for domestic travel within the United States.

Writing in the Atlantic, Juliette Kayyem, the former Assistant Secretary for Homeland Security during the Obama Administration and now a Harvard professor, proposed that proof of vaccination be required for getting on a domestic flight in the United States. This would also require a “no-fly” consideration for those who are not vaccinated.

“While flying, vaccinated people should no longer carry the burden for unvaccinated people. The White House has rejected a nationwide vaccine mandate—a sweeping suggestion that the Biden administration could not easily enact if it wanted to—but a no-fly list for unvaccinated adults is an obvious step that the federal government should take,” Kayyem writes. "It will help limit the risk of transmission at destinations where unvaccinated people travel—and, by setting norms that restrict certain privileges to vaccinated people, will also help raise the stagnant vaccination rates that are keeping both the economy and society from fully recovering.”

She goes on to argue that flying is not, in fact, a right.

“The federal government is the sole entity that can regulate the terms and conditions of airline safety. And although air-filtration systems and mask requirements make transmission of the coronavirus unlikely during any given passenger flight, infected people can spread it when they leave the airport and take off their mask,” she writes. “The whole point of international-travel bans is to curb infections in the destination country; to protect itself, the United States still has many such restrictions in place. Beyond limiting the virus’s flow from hot spots to the rest of the country, allowing only vaccinated people on domestic flights will change minds, too.”