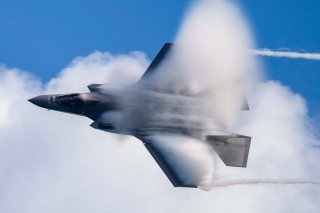 Here's What You Need to Remember: This year we’re going to fully unleash the full maneuvering envelope of the F-35. This airplane just takes the flight controls, and puts it on a whole different level.

Fresh off a major personnel shakeup, the new F-35A demonstration team has an ambitious performance lineup in store for what then a preview of the 2020 season.

In a potential preview of the team’s fresh routines for then an upcoming show, a highly-circulated 2019 video depicts Capt. Andrew "Dojo" Olson performing an impressive series of maneuvers never-before-seen by a F-35 demo pilot.

Mark Episkopos is a frequent contributor to The National Interest and serves as a research assistant at the Center for the National Interest. Mark is also a PhD student in History at American University. This article is being republished due to reader interest.