What Are Yemen's Houthi Rebels Doing with North Korean Missiles? 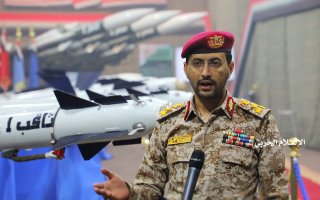 Here's What You Need to Know: The Houthis inherited from the defunct Yemeni military North Korean-made Scuds called “Hwasong-6s.”