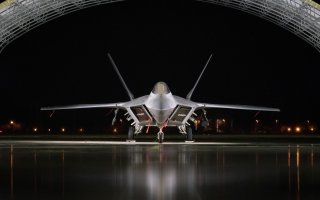 Key Point: Why not practice against older F-22s to know what it is like to go up against a real stealth fighter?