What If the Air Force's New F-15EX Could Attack with Hypersonic Missiles? 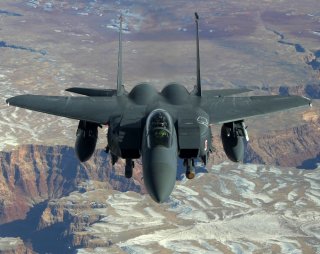 Key Point: These new planes would be a higher-tech version of the F-15. If they carried hypersonic missiles, they could hit targets from a distance which would be vital since they would not be steathly.