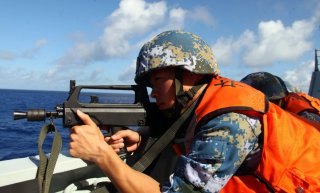 Here's What You Need to Remember: It will be interesting to see what additional information is released on the new rifle—a name, for example, would be nice—and whether its integration into the PLA will be tied to continuing efforts to professionalize Beijing’s ground forces to prepare them for the complexities of modern battlefields.