What World War I Tells Us About 'Great Power Competition' 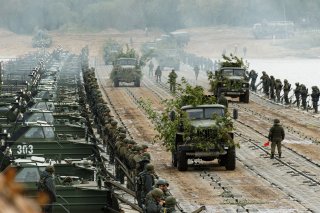 Here's What You Need to Remember: Indeed, those now enamored with “great power competition” in Washington, D.C. need to reflect deeply on the most important lesson of World War I: that seemingly small events in remote places can escalate tensions and precipitate catastrophe beyond all prior imagination.

Lyle J. Goldstein is a research professor in the China Maritime Studies Institute at the United States Naval War College in Newport, RI. In addition to Chinese, he also speaks Russian, and he is also an affiliate of the new Russia Maritime Studies Institute at Naval War College. You can reach him at [email protected]. The opinions in his columns are entirely his own and do not reflect the official assessments of the U.S. Navy or any other agency of the U.S. government. This article is being republished due to reader interest.