What's Behind the 'UFOs' Snooping Around Iran's Nuclear Facilities? 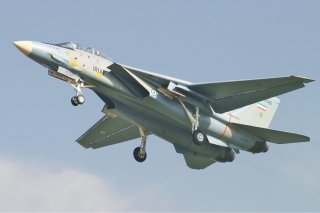 Here's What You Need to Remember: Rumors abound that the Air Force and CIA operate a stealthy new drone that has not been disclosed to the public. Even if they do, it’s unlikely that the new UAV is capable of Mach-10 hypersonic flight—the Pentagon is still struggling to reach Mach five.

In 2009, the Air Force copped to the existence of a new, previously secret drone operated in conjunction with the intelligence agency. The RQ-170 Sentinel was based in southern Afghanistan within a short flying distance of Iran. In December 2011, a Sentinel crashed on the Afghanistan-Iran border and was captured by Iranian troops.

So if Iranian F-14s truly are chasing around super-fast, super-high-flying, and lethal UFOs, what exactly are they? Who knows.