Why Brazil Is Looking to Expand Its Navy 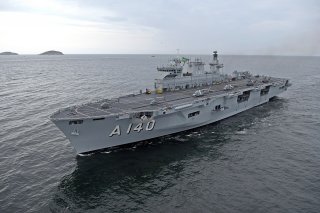 Here's What You Need to Know: The lesson of the nineteenth-century United States for twenty-first-century Brazil is this: holidays don’t last forever. Use them well.