Why Is China Churning Out New Aircraft Carriers? 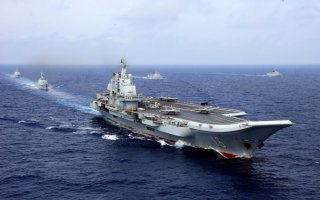 Here's What You Need to Remember: This new class, designated Type 003, is the first Chinese carrier constructed using a modern, modular construction method. The modules, known as “superlifts” each weigh hundreds of tons, are assembled on land and then hoisted onto the ship in drydock.

The People’s Liberation Army Navy carrier fleet is a rapidly growing force shaping up to be a powerful, flexible tool of statecraft and war. Beijing could realistically have four aircraft carriers by 2022—a remarkable feat of military construction. All of this leads to a number of unsolved questions. To what end is Beijing building this force? How many carriers will the PLAN ultimately build? Is China growing a carrier force meant to protect its interests or expand them? We simply don’t know—but we will certainly find out.

This piece is being republished due to reader interest.