Why China Fear the Power of U.S. Navy Aircraft Carriers in a War 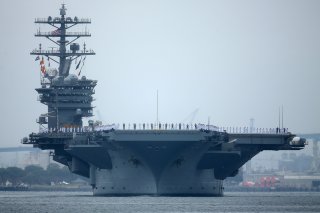 Here's What You Need to Remember:  China is in the unique position of both seeing the value of carriers and building its own fleet while at the same time devoting a lot of time and resources to the subject of sinking them.

Kyle Mizokami is a defense and national-security writer based in San Francisco who has appeared in the Diplomat, Foreign Policy, War is Boring and the Daily Beast. In 2009, he cofounded the defense and security blog Japan Security Watch. You can follow him on Twitter: @KyleMizokami. This first appeared last year and is being republished due to reader interest.