Why the F-22 is Still the World's Greatest Dogfighter 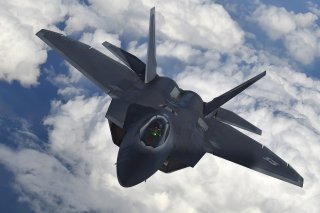 Here's What You Need to Remember: While air-to-air weapons and a lack of peer adversaries have decreased the importance of dogfighting, it's still a fundamental skill practiced by fighter pilots around the world.

“If somebody broke our encryption they could listen to our conversation. LINK 16 transit allows us to share our screen without having any voice pass,” Ken Merchant, Vice President, F-22 Programs, Lockheed, told Warrior Maven in an interview earlier this year.

This first appeared in Warrior Maven. This article is being republished due to reader interest.