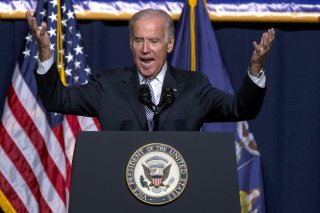 As part of his $1.9 trillion relief plan, President Joe Biden proposes to double the federal minimum wage from $7.25 per hour to $15 per hour.

If enacted, the higher mandated wage would eliminate jobs for younger and less‐​skilled workers. In 2019, 58 percent of minimum wage workers were age 24 or younger. Biden’s website says that he wants to create jobs for young people to “reach full employment as fast as possible,” but his minimum wage plan would do the opposite. Young people need entry‐​level jobs to start climbing the career ladder but raising the minimum wage would break the bottom steps.

Minimum wages are set higher than the federal minimum in 29 states and dozens of cities and counties. The highest state rate is Washington State’s at $13.69 an hour.

All 50 states could impose a $15 rate on their own. A small number are phasing that rate in, but most are not. There is no reason to think that federal politicians have better judgment than state politicians on this matter, so there is no basis for them to override state choices.

Minimum wage mandates are a bad idea in general, and they are more harmful when imposed nationwide since they do not account for regional variations in living costs, policy preferences, and economic structures.

The political left likes to think that it supports diversity and democracy but imposing a nationwide minimum wage hike would undermine both.

Small businesses have relatively more minimum wage workers because they tend to pay lower wages. In 2019, average wages in private sector establishments with fewer than 100 workers was $976 a week, which compared to $1,914 a week for establishments with more than 1,000 workers. That is a big difference. Almost half of minimum wage workers are employed at businesses with fewer than 100 employees.

Small businesses were hit harder than large ones by the crisis, and low‐​wage employment was hit harder than high‐​wage employment. A Bureau of Labor Statistics analysis found that “occupations with lower wages are more common in the shutdown sectors than elsewhere in the economy.” So Biden’s proposal would particularly hurt occupations and businesses damaged by the crisis.

Over the longer run, businesses adjust to higher minimum wages by substituting machines for workers, cutting entry‐​level positions, reducing benefits, raising prices, and other changes. But in the near term, business finances take a hit.

A 2019 study by Sudheer Chava, Alexander Oettl, and Manpreet Singh examined how minimum wage laws affect small businesses. They used a large dataset of small business finances over the 1989 to 2013 period and studied variations in minimum wage rates. They found that

After a brutal year, the unemployment rate remains high and the economy is still recovering. We need startups to fill the void of lost jobs and output. We need, for example, more than 110,000 restaurant startups to replace the eateries lost over the past year. But Biden’s minimum wage hike would sabotage startup activity.

A 2017 study by Xiaohui Gao examined minimum wages and startup survival rates across the states from 1982 to 2014. She found that “a 1% increase in the minimum wage is associated with a 3.5% decline in the survival rates of startups.” Biden’s proposed increase is a lot more than 1%. The problem Gao noted is that “new and young firms tend to have a workforce with [a] higher proportion of minimum‐​wage workers. They often tend to operate on thin or even negative profit margins, leaving them exposed to mandated increases in labor costs in their incipient years.”

In sum, Biden’s proposed minimum wage increase would hurt startups and small businesses, undermine the recovery, and be a blow to the industries hit hardest by the crisis.