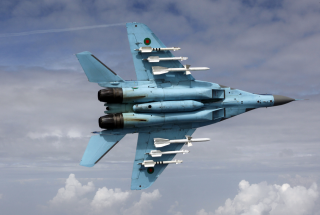 Here's What You Need to Remember: The Russian Air Force probably continues to field them because their long range outclasses most lesser adversaries who are unlikely to utilize ARH missiles. However, as seen in Syria, when a danger is posed by a peer or near-peer air force, the R-27s will come off in favor of the R-77s.