Why No Tank Can Stand Up to the M1 Abrams 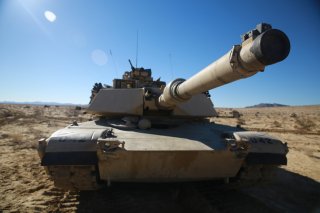 Here's What You Need to Remember: The Abrams V4, to fully emerge by the mid-2020s, will include new sensors, color cameras, laser rangefinder technology, ammunition data links and meteorological sensors help weapons sights and fire control account for weather conditions when it comes to firing rounds at enemy targets.

Kris Osborn is Defense Editor for the National Interest. Osborn previously served at the Pentagon as a Highly Qualified Expert with the Office of the Assistant Secretary of the Army—Acquisition, Logistics & Technology. Osborn has also worked as an anchor and on-air military specialist at national TV networks. He has appeared as a guest military expert on Fox News, MSNBC, The Military Channel, and The History Channel. He also has a Masters Degree in Comparative Literature from Columbia University. This article first appeared last year and is being republished due to reader interest.