Why Stocking Up on the Coronavirus Vaccines Was Not Cheap 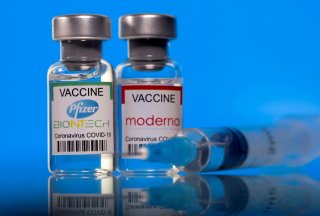 Here's What You Need to Remember: A major takeaway is that the United States has grabbed 41 percent of total vaccine sales, even though it only makes up about 5 percent of the world’s population.

The coronavirus vaccines are, of course, free of charge for everyone, at least in the United States. However, that doesn’t mean they weren’t paid for somewhere along the way.

In fact, billions of dollars have been spent on the vaccines to date, most of it by the government. In a report Thursday, Axios looked at how much has been spent, both in the United States and worldwide, on the different vaccines.

The numbers are for the period beginning January 1 and ending June 30. Sales are also expected to reach $60 billion by the end of the year.

A major takeaway is that the United States has grabbed 41 percent of total vaccine sales, even though it only makes up about 5 percent of the world’s population. Pfizer and Moderna also collected more than 90 percent of the total revenue from the vaccines worldwide. Authorities are giving consideration to booster shots, in order to deal with newer variants of the virus, but the World Health Organization has instituted a moratorium on such shots, with much of the world still without access to vaccines.

“Vaccine makers have sent more vaccines and charged higher prices to wealthy countries, including the U.S. The higher prices are part of the reason Pfizer and Moderna have advocated for booster shots even though their vaccines remain very effective after six months and against the Delta variant,” Axios said in its report.

According to the Financial Times, Pfizer and Moderna recently raised prices for Covid-19 vaccines in the European Union.

Not only are the vaccines free in the United States, but some states have resorted to actually paying hesitant people to take the shots. Other states, including West Virginia, have instituted vaccines lotteries, where citizens can become eligible to win prizes if they get the shot.