Wi-Fi 7 Is on the Horizon. It Will Be a Gamechanger. 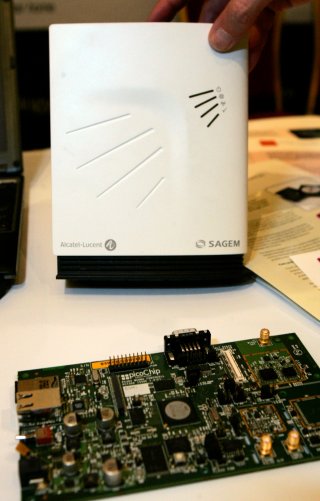 Here's What You Need to Remember: Wi-Fi 7 will utilize Multi-Link Operation (MLO), according to Carlos Cordiero, the wireless CTO of Intel’s Client Computing Group, who is also the senior principal engineer for next-generation and standards.

Wi-Fi 7 will utilize Multi-Link Operation (MLO), according to Carlos Cordiero, the wireless CTO of Intel’s Client Computing Group, who is also the senior principal engineer for next-generation and standards. Wi-Fi 6, the latest edition of Wi-Fi wireless technology, was unveiled in 2019 and began appearing in new products throughout 2020 and beyond. Wi-Fi 6E, an advanced version of the technology, began appearing this year.

Wi-Fi 6E uses 1,200 Megahertz of spectrum, which was approved by the FCC last spring. The Wi-FI Alliance announced, at the time of CES in January, that “certification for Wi-Fi 6E is now available to deliver interoperability for devices operating in the 6 GHz spectrum.”

“Wi-Fi 6E will see rapid adoption in 2021 with more than 338 million devices entering the market, and nearly 20 percent of all Wi-Fi 6 device shipments supporting 6 GHz by 2022,” Phil Solis, a research director at IDC, said at the time.

“This year, we expect to see new Wi-Fi 6E chipsets from several companies, and a variety of new Wi-Fi 6E smartphones, PCs, and laptops in the first quarter of 2021 followed by TVs and VR product announcements midyear,” Solis said.

Wi-Fi 6 arrived about five years after its predecessor, Wi-Fi 5, although a new report indicates that Wi-Fi 7 could arrive ahead of schedule.

Wi-Fi Now reported that Intel has released a video explaining plans for Wi-Fi 7, indicating that it could arrive as soon as three years from now.

Wi-Fi 7 will utilize Multi-Link Operation (MLO), according to Carlos Cordiero, the wireless CTO of Intel’s Client Computing Group, who is also the senior principal engineer for next-generation and standards.

Cordiero says that “Wi-Fi 7 will deliver up to five times the maximum data rate of Wi-Fi 6.”

“MLO will not just boost speed but vastly improve reliability and latency, too. For example: Imagine using different channels to transmit the same packets to create deterministic, high QoS services in factories and for other industrial or mission-critical applications,” Cordiero said in the video, as reported by Wi-Fi Now.

In the spring of 2020, the Institute of Electrical and Electronics Engineers (IEEE) published a paper called “Current Status and Directions of IEEE 802.11be, the Future Wi-Fi 7.”

“Although the standard development process is at the very initial stage, by now, about 500 submissions have been made proposing new features for the future Wi-Fi 7, also known as IEEE 802.11be,” the paper claimed. “In addition to increasing the data rates and reducing latencies, these features rethink important concepts of Wi-Fi operation, such as forward-compatible physical layer (PHY), scalable sounding, Multiple Access Point (Multi-AP) cooperation, which will form the basement for further Wi-Fi evolution.”