Will Lawmakers Say Yes to the Stimulus Checks? 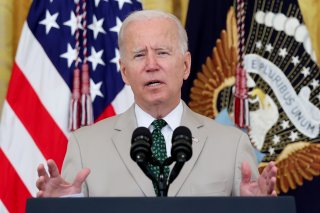 Here’s What You Need to Remember: In order to deal with the coronavirus pandemic, three rounds of stimulus checks were passed, which among other measures put money into the pockets of Americans. And while there have been both popular petitions and letters from members of Congress calling for the distribution of more checks, it has looked fairly certain for a while now that there isn’t going to be a fourth round of stimulus checks.

The Biden administration has not called for such checks, with White House Press Secretary Jen Psaki expressing skepticism about them in televised briefings. The major spending packages proposed by the administration, including both infrastructure packages currently being debated in Congress, do not include an additional round of stimulus checks.

The guaranteed income would kick in in 2028, according to HuffPost.

Both bills have cosponsors, from among the progressive wing of Democrats in the House of Representatives. The GPI Act, in addition to Omar herself, is also sponsored by Reps. Jamaal Bowman (D-N.Y.), Cori Bush (D-Mo.), Dwight Evans (D-Penn.), Pramila Jayapal (D-Wash.), and Marie Newman (D-Ill.). The SUPPORT Act is backed by Bowman, Bush, Evans and Jayapal, in addition to Omar.

The big question is whether such a measure would have the majority support or even filibuster-proof support in Congress, and it is very unlikely that it would. In addition, the Biden administration has not endorsed any measure that comes close to what is in Omar’s bill.

Stephen Silver, a technology writer for the National Interest, is a journalist, essayist and film critic, who is also a contributor to The Philadelphia Inquirer, Philly Voice, Philadelphia Weekly, the Jewish Telegraphic Agency, Living Life Fearless, Backstage magazine, Broad Street Review and Splice Today. The co-founder of the Philadelphia Film Critics Circle, Stephen lives in suburban Philadelphia with his wife and two sons. Follow him on Twitter at @StephenSilver. This article was first published earlier this year.