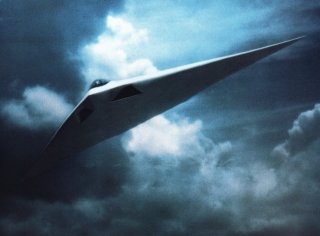 Here's What You Need To Remember: Human pilots, however, cannot be hacked and can make on-the-spot judgments to engage or change targets etc. without the need to home phone—so to speak. Thus, a modern incarnation of a manned carrier-based long-range penetrating strike aircraft might be a solution to the Navy’s range problem.

A-12 Avenger II: The Navy Almost Built a Stealth Bomber to Fly from an Aircraft Carrier