Without the "Big Five," the U.S. Army Might Look Very Different 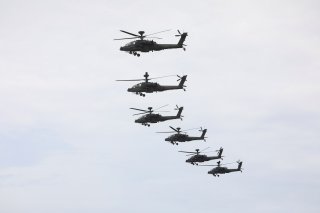 Here's What You Need To Remember: The "Big Five" military systems are iconic today. But each had to overcome significant bureaucratic challenges before entering military use. What would the U.S. Army look like today without them?

Robert Farley is a frequent contributor to the National Interest. He is a visiting professor at the United States Army War College. The views expressed are those of the author and do not necessarily reflect the official policy or position of the Department of the Army, Department of Defense, or the U.S. government. This article first appeared in 2018.