World War II Saw a Wave of New Aircraft: Which are the Best? 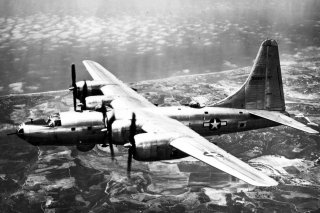 The Second World War saw some of the most significant leaps forward in aircraft development. While biplanes and even open cockpits were still used during the war, jet aircraft with pressured cabins were also introduced. Aircraft were able to fly higher, faster and carry greater bomb loads.

More aircraft were produced during World War II than any time since.

While its record was not technically recognized by the Fédération Aéronautique Internationale due to its secrecy during the war, the German Messerschmitt Me 163 Komet has the distinction of being the fastest production aircraft built during the conflict.

Powered by rockets it was considered light years ahead of its time and in 1944 reached a reported 702 mph. In addition, pilots had to take part in special high-pressure training to avoid passing out at high altitudes. However, the aircraft was far from perfect—it was prone to spontaneous and deadly explosions due to its use of volatile rocket-fuel. The bigger issue was that its flight time was a mere seven minutes!

The Boeing B-29 Superfortress had the distinction of being the aircraft that dropped the atomic bombs that help end the war, but it was also the heaviest bomber built during World War II. It was truly cutting edge, featuring a pressurized cabin that allowed it to fly higher than anti-aircraft guns of the era could attain.

In addition to its twelve .50 caliber machine guns and 20mm cannon, the Superfortress could carry up to a 20,000-pound bomb load. It didn’t just have the heaviest bomb load either, it was also the world’s heaviest production aircraft in weight—and that allowed for increased range and defensive requirements and bomb capacity.

There German military began a project dubbed the Amerikabomber, with the goal being to build a long-range strategic bomber that could have been capable of striking the United States from Germany. The project didn’t actually get that far, however.

Instead, the distinction of longest range bomber during World War II goes to the Convair B-32 Dominator, which was developed as a long range bomber to strike Japan. While more than 3,900 B-29s were built, only 118 B-32s were ever produced—due in part to a myriad of problems that needed to be addressed during the development. As a result, less than a dozen actually saw service. However, the Dominator had the longest range—3,800 miles—of any bomber built during the war. Sadly, not a single B-32 survives today.

The B-29 may have been the biggest and the B-32 having the longest range, but it was the B-24 Liberator that was produced in the largest numbers in terms of bombers. Some 12,000 B-24s saw service with the United States Army Air Forces during the war, and those aircraft were used in every theater of operations.

The B-17 Flying Fortress is the bomber that gets more of the glory, while the B-29 is noted for dropping two atomic bombs, the fact remains it was the Liberator that truly helped defeat the Axis during the war.

The most produced fighter of the war actually rolled out factories in the Soviet Union, not the United States. It was the Illyushin IL-2, and aircraft known to be extremely rugged, easy to fly and apparently easy to build even by a nation fighting for its very life! More than 36,000 of the aircraft dubbed the “flying tank” were built by war’s end, and as a result the ground-attack aircraft remains the most produced warplane in history. That number is even more impressive when one considers that less than 250 had been built and were in service when Germany invaded in June 1941.