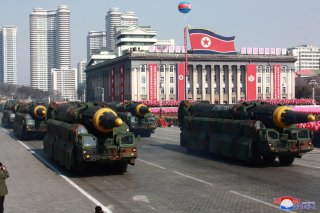 Here's What You Need to Remember: Nobody wants to see such a man-made disaster occur. It would a terrible, terrible waste of human potential and a moral travesty.

Daniel DePetris is a fellow at Defense Priorities. This article first appeared two years ago.