Would We Know if China’s New H-20 Stealth Bomber was Flying Over America? 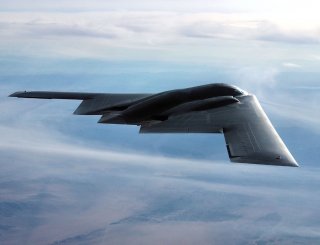 Here's What You Need To Remember: Overall, the current B-2, which is now being engineered to fly alongside the B-21 until sufficient numbers of B-21s are available, is nothing like the aircraft which initially emerged in the late 80s. Along these lines, both the B-21 and B-2 are built with the often discussed “open architecture” strategy intended to lay down the technical apparatus sufficient to sustain perpetual upgradeability.

Kris Osborn is the new defense editor for the National Interest. Osborn previously served at the Pentagon as a Highly Qualified Expert with the Office of the Assistant Secretary of the Army—Acquisition, Logistics & Technology. Osborn has also worked as an anchor and on-air military specialist at national TV networks. He has appeared as a guest military expert on Fox News, MSNBC, The Military Channel, and The History Channel. He also has a Masters Degree in Comparative Literature from Columbia University. This article first appeared earlier this year.